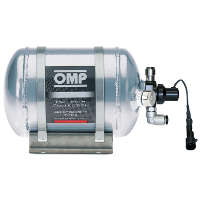 A large selection of extinguishing systems

Ask us a question

If you have any questions, please do not hesitate to contact us .

Check also other products from the category: Interior .